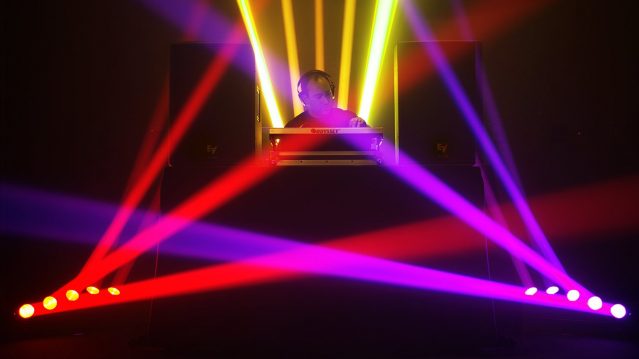 Acute or chronic sleep deprivation resulting in increased feelings of fatigue is one of the leading causes of workplace incidents and related injuries. More incidents and performance failures, such as automobile accidents, occur in the mid-afternoon hours known as the “post-lunch dip.” The post-lunch dip typically occurs from 2-4 p.m., or about 16-18 hours after an individual’s bedtime from the previous night.

A new study from the Lighting Research Center (LRC) at Rensselaer Polytechnic Institute shows that exposure to certain wavelengths and levels of light has the potential to increase alertness during the post-lunch dip. The research was a collaboration between Mariana Figueiro, LRC Light and Health Program director and associate professor at Rensselaer, and LRC doctoral student Levent Sahin. Results of the study titled “Alerting effects of short-wavelength (blue) and long-wavelength (red) lights in the afternoon,” were recently published in Physiology & Behavior journal.

The collaboration between Figueiro and Sahin lays the groundwork for the possible use of tailored light exposures as a non-pharmacological intervention to increase alertness during the daytime. Figueiro has previously conducted studies that show that light has the potential to increase alertness at night. Exposure to more than 2500 lux of white light at night increases performance, elevates core body temperature, and increases heart rate.

In most studies to date, the alerting effects of light have been linked to its ability to suppress melatonin. However, results from another study led by Figueiro demonstrate that acute melatonin suppression is not needed for light to affect alertness during the nighttime. They showed that both short-wavelength (blue) and long-wavelength (red) lights increased measures of alertness but only short-wavelength light suppressed melatonin. Melatonin levels are typically lower during the daytime, and higher at night.

Figueiro and Sahin hypothesized that if light can impact alertness via pathways other than melatonin suppression, then certain wavelengths and levels of light might also increase alertness during the middle of the afternoon, close to the post-lunch dip hours.

During the study conducted at the LRC, participants experienced two experimental lighting conditions in addition to darkness. Long-wavelength “red” light (λmax = 630 nanometers) and short-wavelength “blue” light (λmax = 470 nanometers) were delivered to the corneas of each participant by arrays of light emitting diodes (LEDs) placed in 60 × 60 × 60 cm light boxes. Participant alertness was measured by electroencephalogram (EEG) and subjective sleepiness (KSS scale).

The team found that, compared to remaining in darkness, exposure to red light in the middle of the afternoon significantly reduces power in the alpha, alpha theta, and theta ranges. Because high power in these frequency ranges has been associated with sleepiness, these results suggest that red light positively affects measures of alertness not only at night, but also during the day. Red light also seemed to be a more potent stimulus for modulating brain activities associated with daytime alertness than blue light, although they did not find any significant differences in measures of alertness after exposure to red and blue lights. This suggests that blue light, especially higher levels of blue light, could still increase alertness in the afternoon. It appears that melatonin suppression is not needed for light to have an impact on objective measures of alertness.

“Our study suggests that photoreceptors other than the intrinsically photosensitive retinal ganglion cells respond to light for the arousal system,” said Figueiro. “Future research should look into the spectral sensitivity of alertness and how it changes over the course of 24 hours.”

From the present results, it is not possible to determine the underlying mechanisms contributing to light-induced changes in alertness because the optical radiation incident on the retina has multiple effects on brain activity through parallel neural pathways. According to Figueiro, that is an area that she would like to explore in future research.

The study was funded by the Office of Naval Research.

About the Lighting Research Center
The Lighting Research Center (LRC) is part of Rensselaer Polytechnic Institute of Troy, N.Y., and is the leading university-based research center devoted to lighting. The LRC offers the world’s premier graduate education in lighting, including one- and two-year master’s programs and a Ph.D. program. Since 1988 the LRC has built an international reputation as a reliable source for objective information about lighting technologies, applications, and products. The LRC also provides training programs for government agencies, utilities, contractors, lighting designers, and other lighting professionals. Visit www.lrc.rpi.edu.

About Rensselaer Polytechnic Institute
Rensselaer Polytechnic Institute, founded in 1824, is the nation’s oldest technological university. The university offers bachelor’s, master’s, and doctoral degrees in engineering, the sciences, information technology, architecture, management, and the humanities and social sciences. Institute programs serve undergraduates, graduate students, and working professionals around the world. Rensselaer faculty are known for pre-eminence in research conducted in a wide range of fields, with particular emphasis in biotechnology, nanotechnology, information technology, and the media arts and technology. The Institute is well known for its success in the transfer of technology from the laboratory to the marketplace so that new discoveries and inventions benefit human life, protect the environment, and strengthen economic development.