Why to Choose Solar LED Flood Lights as Your Security Lights 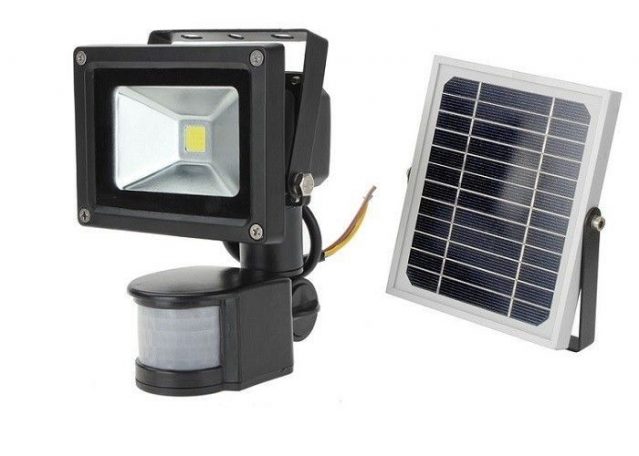 Traditional flood lights have helped us in so many ways. However, there are a few disadvantages to use them. Thanks to LED light technology and using that in flood lights, a few of those disadvantages disappear. LED Flood lights do exactly as promised. They flood an area with light. If you have a large space to illuminate,LED flood light fixture will get the job done. They are bright enough to allow people to feel safe in an area. And they deter criminals from trying anything untoward. Flood lights make it so anyone doing anything can be seen, so everyone feels safe and visible.

Using Solar LED floodlights as the primary lighting source in an outdoor area can save your money. Though they offer lots of brightness, they use less energy than other types of lights and other types of security. Many people will find that their other security systems are obsolete once they install solar LED lighting systems. Many of these other security systems come with a hefty price tag. And the lighting system offers enough security that the investment in the other systems just isn’t worth it anymore.

2, Bright Enough to lit the area

As we know,one of the best ways to prevent crime is to identify criminals. Shining an outdoor light can stop someone who is a criminal from acting out. Solar LED flood lights that use a LED lighting which is brigh enough to make it possible to identify faces from up to 30 feet. So there’s no hiding from security cameras when committing a crime. These solar LED flood light bulbs are nearly as good at illuminating faces for recognition as natural daylight or direct sunlight. Such brightness also makes it easier for people trying to travel an area safely to identify a troublemaker at a distance and avoid a potential problem as soon as possible.

Solar LED floodlights don’t have to be motion sensor built in but they can be. So you can allow them to run continuously. Or you can set them to come on if there is movement in an area. Motion sensor LED flood lights react via a sensor and use less energy than continuously running lights. However,you can choose if you need this function. Still, it’s good to know you have the option of conserving energy when needed.

Motion sensor lights also have the added benefit of catching people off-guard. This means that, if a criminal does attempt to do something on your property they shouldn’t be doing, the light will come on suddenly and startle them. This can add an additional layer of security because criminals need their target to be predictable.

Lighting is one of the primary necessities for safety in an area. The solar LED flood lights make it possible for cameras to record criminal activity. Also,it makes people under attack to be able to handle their situation as safely as possible. For instance, it’s easier to dial 911 in a well-lit area. It’s easier to capture wrongdoing on a camera phone. And it’s easier to identify an assailant should a person be attacked.

Solar LED flood lights not only make an area safer directly, but they also boost the effectiveness of other safety features.

5, Boost Business in the night

Are you looking for outdoor LED flood lights for your business’s exterior to increase safety and security? Can you imagine how devastating it can be when customers don’t feel secure visiting your business from dusk and into the darkness of the night?  These energy efficient solar flood lights increase traffic to your business because they make people feel safer visiting.

As a business owner, you may be considering how to draw people into your business during all of your operating hours. If people tend to shy away after dark because they don’t feel 100 percent secure, it’s going to hurt your business. This is the case even if no crimes have taken place and people just feel uneasy. And if a crime occur, you will forget having a business until you take action to improve the safety of the surrounding area.

Solar LED flood lights can help you increase your business traffic. Lighting welcomes people to an area and helps them feel secure enough to relax and shop with you. Your goal should always be to put your customers first and make sure they are at ease and secure when doing business with you. Solar LED flood lights make this easier and more efficient than ever before and they’re an investment you won’t regret.